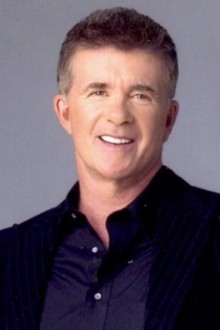 Alan Thicke, best known as “Jason Seaver” from ABC’s hit television series, growing pains, is a man of many talents.  He is an actor, television personality, author, keynote speaker and event host, writer/producer, and composer. Alan has earned a Golden Globe “Best Actor” nomination and seven Emmy Award nominations including two for acting and five for writing.

Alan’s two humor books are how to raise kids who won’t hate you published by I-Universe, and how men have babies: The Pregnant Father’s Survival Guide, a perennial favorite since its release in 1999 and now translated into Spanish, German, and Chinese and published by Jodere.  Alan’s recorded version won an AUDIE AWARD, the Oscar equivalent for Books-On-Tape.

Alan has written sitcoms for Castle Rock, Warner Bros., and Viacom, and the feature film scripts NOONE HOUR for Steve Tisch Productions, Beauty queens must die for Allegro Films and Travels with dad for TVA.  His television career began behind the scenes as a writer for the Canadian Broadcasting Corporation.  That talent soon led Alan to the U.S. where he wrote and/or produced comedy specials and series for Bill Cosby, Flip Wilson, Kenny Rogers, Olivia Newton-John, Anne Murray, and Barry Manilow.  He wrote and produced the revolutionary comedies fernwood 2night and america 2 night for Norman Lear. He was Executive Producer for the NBC Movie of the Week, The secret she carried.

Alan’s background in game shows is extensive.  He produced celebrity sweepstakes and wizard of odds, launching the career of his friend Alex Trebek.

Alan is a “Boomerologist,” an expert on all things Baby-Boomer related.  His hilarious anecdotes about the Baby-Boomer Generation cover a range of topics such as retirement, e-dating, Viagra, and healthcare.  For a sample of the “Boomerologist” at work, please visit:  Click here: Boomerology – May 2009 – YouTube

Do you want to hire Alan Thicke? Directly request a quote. In 48 hours we can send you the availability of Alan Thicke If you would like to book Alan Thicke, Entertainment Booking Agency is the right place. We will offer you the best price and contact the management or we directly contact Alan Thicke. For corporate appearances or speaking engagements you can contact our agents and the will help you true the process.

EBA is one of the biggest entertainment booking agencies in the World. We book hundreds of celebrities, artist, athletes and speakers in a year. Important to know is that we are not claiming to be the management of Alan Thicke. We are not the official agent for Alan Thicke. Companies from around the globe book these artists and speakers true our company be course we have one of the biggest networks and we always have direct contact with the artist or the management. We help you to find the right celebrities for your corporate of private events. Please contact one of our agents to get free advice and we will help to get the world-famous artist on your party.