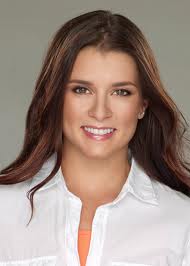 IndyCar Series star Danica Patrick is a champion both on and off the track.  Danica first got involved with racing when she was 10 years old and went on to win several World Karting Association Championships.

When she was just 16, she moved to England where she raced in some of the most difficult junior series in the world. The highlight was a runner-up finish in the Formula Ford Festival at Brands Hatch, the highest finish by an American in the event’s history. That result drew the attention of Indianapolis 500 champion Bobby Rahal, who signed her to a contract and began shepherding Patrick up the racing ladder.

The 2005 IndyCar Series season was a banner year for Patrick as she started fourth and finished fourth at the 89th Indianapolis 500 and earned JP Morgan Chase Rookie of the Year honors. It was the highest starting and finishing position for a woman driver in the event’s history. The rookie led 19 laps during the race to become the first woman to lead at Indianapolis. She capped the IndyCar Series season by winning the Bombardier Rookie of the Year Award after finishing 12th in the standings for Rahal Letterman Racing. In 2008,  Danica made history when she became the first woman to win a major auto racing event when she won the Firestone IndyCar 300 Twin Ring Motegi in Japan. Over the course of her career, Danica has earned respect in a male-dominated sport and has become an international sensation.

Danica has also become one of the most recognizable female athletes in the United States, gracing the covers of numerous magazines including Sports Illustrated, ESPN: The Magazine and TV Guide.  She has been featured in People, O-The Oprah Magazine, Shape, Self and Glamour, to name just a few.  Most recently, she was featured in Sports Illustrated’s popular swimsuit issue for the second time.

Published in 2006, Danica’s first book is titled, Danica: Crossing the Line. This book details her extraordinary rise from a ten-year-old go-kart champion to a twenty-three-year-old Indy star, and her unique perspective on how to compete in life, how to stand out, and how to get the respect and attention we deserve.

Danica Patrick is an inspirational role model to millions of people around the world. She is proof positive that with hard work, determination & courage, no goal is unattainable and anything is possible.

Do you want to hire Danica Patrick? Directly request a quote. In 48 hours we can send you the availability of Danica Patrick If you would like to book Danica Patrick, Entertainment Booking Agency is the right place. We will offer you the best price and contact the management or we directly contact Danica Patrick. For corporate appearances or speaking engagements you can contact our agents and the will help you true the process.

EBA is one of the biggest entertainment booking agencies in the World. We book hundreds of celebrities, artist, athletes and speakers in a year. Important to know is that we are not claiming to be the management of Danica Patrick. We are not the official agent for Danica Patrick. Companies from around the globe book these artists and speakers true our company be course we have one of the biggest networks and we always have direct contact with the artist or the management. We help you to find the right celebrities for your corporate of private events. Please contact one of our agents to get free advice and we will help to get the world-famous artist on your party.