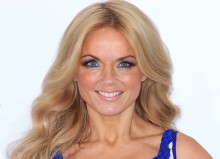 Geraldine Estelle “Geri” Halliwell is an English recording artist, author and philanthropist. After coming
to international prominence as a member of the girl group, the Spice Girls, Halliwell launched her solo
career and released her debut album Schizophonic. Since then she has released two more studio
albums ? Scream If You Wanna Go Faster and Passion ? and four number one singles at the UK
Singles Chart, “Mi Chico Latino”, “Lift Me Up”, “Bag It Up” and “It’s Raining Men”. In 2008 Halliwell
published a book series named Ugenia Lavender.
Halliwell was born in Watford, Hertfordshire to Laurence Francis Halliwell (1922-1993), who was of
English/Swedish descent, and his wife Ana Mar?a (n?e Hidalgo), who was of Spanish descent from
Huesca, Spain. She grew up on on a council estate in North Watford, Hertfordshire. For a brief time,
Halliwell’s mother tried to bring her up as a Jehovah’s Witness. Halliwell took her A-Levels at Camden
School for Girls, obtaining an A-level in English at A grade standard, having taken her GCSEs at
Watford Girls Grammar School. Before starting her music career, Halliwell had worked as a nightclub
dancer in Majorca, a model and presenter on the Turkish version of Let’s Make a Deal and as a
glamour model. Following her rise to fame with the Spice Girls, nude photos of Halliwell were republished in a number of top-shelf magazines in the UK, as well as in Playboy and Penthouse.
Geri first found fame as one of the five members of the girl group the Spice Girls, and was dubbed
originally Sexy Spice because of her red hair and attitude but changed it to Ginger Spice in order to
appeal better to younger fans. The group sold over thirty-five million copies of their studio albums
Spice and Spiceworld. Their debut single “Wannabe” became the first of nine number-ones in the
United Kingdom and reached the top position in 41 countries around the globe, including Australia,
Canada and the United States. Other successful releases followed, including “Say You’ll Be There”
and “2 Become 1″ from Spice, and “Spice Up Your Life”, “Too Much” and “Stop” from Spiceworld.
On 30 May 1998 Halliwell left the Spice Girls due to depression and differences between the group.
The first official confirmation was an announcement to the media by her solicitor on 31 May. Her action
aroused controversy, her former group being due to embark on a North American tour, which they
eventually completed without her. Although she had already left the group, the Spice Girls released
“Viva Forever”, the final music video to feature Halliwell’s likeness. After she left, the other girls cowrote a few songs about her which appeared on their album: Forever, “Goodbye” and “Let Love Lead
the Way”.
Shortly after leaving the Spice Girls, Halliwell appeared in a 90 minute documentary Geri for the British
television channel Channel 4 by Molly Dineen. In 1999 Halliwell launched her solo career and released
her debut album Schizophonic, with the lead single “Look at Me”, produced by Absolute and Phil
Buckal. “Look at Me” would go on to sell over one million copies worldwide, followed by further number
ones at the UK Singles Chart “Mi Chico Latino”, “Lift Me Up” and “Bag It Up”. Demonstrating her flair
for shameless promotion, Halliwell performed “Bag It Up” during the BRIT Awards ceremony in 2000,
emerging between giant inflatable legs, ripping off her shirt and walking in stiletto heels over the backs
of topless pink-haired men whilst performing the song.
“Look at Me” was released to radio in the United States in late 1999, receiving limited airplay. With
only a radio single, Schizophonic debuted at number forty-two on Billboard Hot 200 before dropping
out within the next month. The album was eventually certified Gold, distributing over 500,000 copies.
“Mi Chico Latino” did not have a big impact on Americanradio, and no further singles from
Schizophonic or albums were released in the United States. Halliwell had a high-profile but short-lived
relationship with Chris Evans during that time, and was also romantically linked to Robbie Williams. In
1999 she wrote an autobiography If Only, in which described her life as a Spice Girl. In 2001 Halliwell
followed up with her second album, Scream If You Wanna Go Faster. It also included her cover

version of The Weather Girls’ 1983 hit, “It’s Raining Men”, used on the Bridget Jones’s Diary film
soundtrack, and the video game, DDRMAX2 Dance Dance Revolution 7thMix. The song also won her
the International Song of the Year award at the 2002 NRJ Music Awards. The song has been added to
the album at the last minute, and another song “Feels Like Sex” had already been slated as the lead
single. The singles that followed, “Scream If You Wanna Go Faster” and “Calling”, reached,
respectively, number eight and number seven in the United Kingdom. Halliwell even released a special
French edition of the single, entitled “Au Nom de L’amour”. Scream If You Wanna Go Faster was not
released in the United States.
In 2002 Halliwell was featured alongside Pete Waterman and Louis Walsh as a judge on the television
series Popstars: The rivals which created Girls Aloud. The following year she released her second
autobiography, Just for the Record, detailing her rise to fame and her turbulent celebrity lifestyle. She
has also released two Yoga DVDs with her yoga teacher Katy Appleton, Geri Yoga and Geri Body
Yoga. In the United States Halliwell has also appeared as a judge on the reality programme All
American Girl and as a guest reporter on celebrity-based series Extra. She has also made
appearances in the television series Sex and the City and in the 2004 film Fat Slags, based on
characters from Viz Magazine. In 2004, Halliwell appeared on channel Five as one of the hosts of the
Party in the Park event for The Prince’s Trust, the presenter and main performer of the Tickled Pink
Girls’ night in Live! event and an appearance in a documentary There’s Something About Geri. In late
2004, Halliwell made a return to music with the single “Ride It”, which reached number four in the
United Kingdom and number one on the dance charts. However, several months elapsed before
another single was released, during which time she was apparently instructed to record some new
tracks for the as yet unreleased album by her record company, which was unhappy with the setlist.
Halliwell planned her first solo tour of the United Kingdom and Ireland, but due to lack of ticket sales,
compounded by the label’s pressure on Halliwell to record additional songs led to the cancellation of
the tour. Eventually a new single, “Desire”, was released on 30 May 2005, reaching number 22 in the
UK Singles Chart and number one on the UK Dance Charts. Released shortly after, the album
Passion similarly received little attention from the public or critics, and stalled at number 41 in the UK
charts. Halliwell’s recording contract with EMI was subsequently not renewed, and in recent interviews
Halliwell has stated that she is not interested in recording another album at the moment and was
content with writing children’s books and being a mother. In 2009 Passion become available in the
United States via Amazon.com.
Though, Geri has given up singing and continues to write books. Rumours are circulating in the United
Kingdom saying that she may record one single and release a Greatest Hits, but so far this is a rumour
and Halliwell has said nothing about it. In interviews to promote the book series Ugenia Lavender,
Halliwell said she had no plans to return to a solo musical career in the near future.
On 28 June 2007, Halliwell announced she was joining her former band-mates for “Return of the Spice
Girls”, a concert tour that would see all five original members of the Spice Girls re-uniting on stage for
the first time since Halliwell walked out mid-tour in 1998. Part of the setlist of the reunion tour features
Halliwell performing solo, singing her cover of It’s Raining Men. It was announced on 1 February that
the tour would end early, on 26 February 2008. On 12 April 2007, it was announced that Halliwell had
signed a six-book deal with Macmillan Children’s Books. The books follow the adventures of nineyear-old Ugenia, a character based on Halliwell, alongside her friends Bronte, Rudy and Trevor. Other
characters are said by Halliwell to be loosely based on Gordon Ramsay, George Michael, Marilyn
Monroe, Vincent van Gogh, Wayne Rooney and the character Justin Suarez from the TV series Ugly
Betty. The character Princess Posh Vattoria, a caricature of Halliwell’s bandmate Victoria Beckham,
was featured in early drafts but has not appeared in the book series.
Halliwell has recently been seen in the film Crank: High Voltage alongside friend, actor, John Damon.
Her most recent appearance on British Television was on the BBC 1′s The One Show on 7 May 2009.
On 24 May 2009 she spoke to the Speed TV reporter Peter Windsor in the pit lane just prior to the
start of the 2009 Monaco Grand Prix.

In 1999, after having left the Spice Girls, Halliwell became a representative for the United Nations
Population Fund (UNFPA). As a goodwill ambassador, Halliwell toured the Philippines on a fact-finding
trip. She visited with staff and clients of family planning clinics, women’s groups in slum areas, and
college students. In 2000, Halliwell appeared in the two part documentary series Geri’s World
Walkabout for the BBC which followed her work with the UN and other travels. Halliwell met with kids
in Rio de Janeiro and visited child piano prodigies in the United States. Halliwell picked up further UN
work in 2006, by visiting Zambia from 14-16 November, to promote greater international awareness of
the urgent need to reduce maternal death and halt the spread of HIV/AIDS. Both aims are contained in
the Millennium Development Goals adopted by the world’s leaders in September 2000. She attended
the first 2007 BBC Four Reith Lecture and can be heard asking questions on women’s rights in the
recording. Halliwell attended the UK leg of Live Earth at Wembley Stadium, London on 7 July 2007
and introduced Duran Duran to the crowd.
In 2008, Halliwell also pledged her support to the Kentish Times Christmas Toy Appeal, which aimed
to collect second hand toys as Christmas presents for patients in Child Wards in Bromley, Bexley,
Woolwich and Dartford. Halliwell not only gave publicity to the campaign, but also donated toys from
her own daughter’s collection. Halliwell is also a patron of Breast Cancer Care, a UK breast cancer
information and support charity.

Do you want to hire Geri Halliwell? Directly request a quote. In 48 hours we can send you the availability of Geri Halliwell If you would like to book Geri Halliwell, Entertainment Booking Agency is the right place. We will offer you the best price and contact the management or we directly contact Geri Halliwell. For corporate appearances or speaking engagements you can contact our agents and the will help you true the process.

EBA is one of the biggest entertainment booking agencies in the World. We book hundreds of celebrities, artist, athletes and speakers in a year. Important to know is that we are not claiming to be the management of Geri Halliwell. We are not the official agent for Geri Halliwell. Companies from around the globe book these artists and speakers true our company be course we have one of the biggest networks and we always have direct contact with the artist or the management. We help you to find the right celebrities for your corporate of private events. Please contact one of our agents to get free advice and we will help to get the world-famous artist on your party.