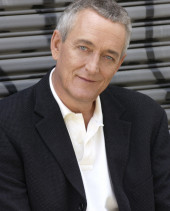 Jason Jennings has spent twenty years founding and leading successful businesses and consulting other companies; teaching them how to achieve their full economic potential. He was the youngest radio station group owner in the world and his unique and legendary programming and sales strategies are credited with revolutionizing many parts of the broadcasting industry. Later, he founded Jennings-McGlothlin & Company, a consulting firm that, within three years, became the largest media consultancy in the world.

He spent eighteen months traveling the globe in search of and digging deep inside the fastest companies in the world for his book, It’s Not The Big That Eat The Small – It’s The Fast That Eat The Slow. Within weeks of its release it hit the Wall Street Journal, USA Today and New York Times Bestsellers Lists. Published in 32 languages, USA Today named it one of the top 25 books of the year! Next, he and his research team studied more than 40,000 companies and identified the ten most productive companies in the world for his bestselling, Less Is More, published by Penguin Putnam. In the book the secrets of the world’s most productive companies are revealed.

Following two years of research, his latest book, Think BIG – Act Small, debuted in 2005, profiling the leadership of the only 10 companies in the world to have grown both revenue and operating profits by ten percent or more annually for ten consecutive years without missing a beat. Like his previous books it debuted on all the bestseller charts. He’s now at work on a new book that will examine the values of the world’s best performing companies.

When not traveling the world on research and adventure travel Jennings delivers 80 keynotes annually and in 2005 USA TODAY named him one of the three most in-demand business speakers on the planet alongside Jim Collins (Good to Great) and Tom Peter (In Search of Excellence).

Do you want to hire Jason Jennings? Directly request a quote. In 48 hours we can send you the availability of Jason Jennings If you would like to book Jason Jennings, Entertainment Booking Agency is the right place. We will offer you the best price and contact the management or we directly contact Jason Jennings. For corporate appearances or speaking engagements you can contact our agents and the will help you true the process.

EBA is one of the biggest entertainment booking agencies in the World. We book hundreds of celebrities, artist, athletes and speakers in a year. Important to know is that we are not claiming to be the management of Jason Jennings. We are not the official agent for Jason Jennings. Companies from around the globe book these artists and speakers true our company be course we have one of the biggest networks and we always have direct contact with the artist or the management. We help you to find the right celebrities for your corporate of private events. Please contact one of our agents to get free advice and we will help to get the world-famous artist on your party.