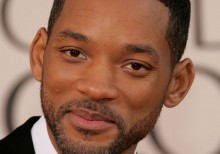 From early success as The Fresh Prince, he has become one of Hollywood’s most powerful players,
notching up hits on the movie and music charts as well as gaining acclaim for Ali. Willard Christopher
Smith Jr, was born to parents Caroline, a school board employee, and Willard C Smith, the owner of a
refrigeration company. His middle class up-bringing saw him attend a Catholic school, Overbrook High
School, despite his family being Baptist. His West Philadelphia neighbourhood was a melting pot of
cultures with Orthodox Jews co-existing with a large Muslim population. Smith was a good student
whose charming personality and quick tongue were renowned for getting him out of trouble, a trait for
which he soon gained the nickname “Prince’’.
Smith began rapping at age 12 emulating heroes like Grandmaster Flash but tingeing his rhymes with
a comedic element that would later become his trademark. At 16 Smith met a DJ at a party by the
name of Jeff Townes. The pair became friends and the duo DJ Jazzy Jeff and the Fresh Prince was
born. “I had pretty high SAT scores and they (MIT) needed black kids, so I probably could have gotten
in. But I had no intention of going to college.” The pair began producing music but steered clear of the
Gangsta Rap sound that was emerging on the West Coast in groups like Public Enemy and NWA. The
Fresh Prince rapped about teenage preoccupations in a clean, curse-free style that middle America
found safe and lapped up. The pair’s first single, “Girls Ain’t Nothing But Trouble”, was a hit in 1986
and their first album, Rock The House, put pay to any thoughts of attending college with Smith
becoming a millionaire at 18. Early on it was reported that Smith had turned down a scholarship to
Boston’s elite Massachusetts Institute of Technology (MIT) but Smith later scotched the rumour telling
an interviewer: “My mother, who worked for the School Board of Philadelphia, had a friend who was
the admissions officer at MIT. I had pretty high SAT scores and they needed black kids, so I probably
could have gotten in. But I had no intention of going to college.”
In 1988, DJ Jazzy Jeff and The Fresh Prince continued their success with the album He’s The DJ, I’m
The Rapper featuring the radio-friendly singles “Parents Just Don’t Understand”, “Brand New Funk”
and “Nightmare on My Street”. The album won the first ever Grammy Award for a Rap Performance.
That album was followed by And In This Corner… which, while not hitting the heights of its
predecessor, continued the pair’s rise to stardom. Two year’s later, Smith began his remarkable crossover into acting. Drawing on his experiences of fledgling stardom, NBC signed Smith to star in a
sitcom about a street-smart kid from Philadelphia being shipped off to California to live with wealthy
relatives in Bel-Air. Playing on his rapper persona and at times featuring DJ Jazzy Jeff, The Fresh
Prince Of Bel-Air was a huge success that ran for six seasons. As well as the show, the rap duo kept
producing music until 1993. The 1991 album Homebase produced the hits “Summertime” and “Ring
My Bell” and their final album together, 1993’s Code Red, was notable for “Boom! I Shake The Room”.
While still making The Fresh Prince of Bel-Air, Smith began a second cross-over into movies. Small
roles in the drama Where The Day Takes You and the comedy Made In America were followed by a
critically-acclaimed lead in the drama Six Degrees of Separation. As in The Fresh Prince of Bel-Air
Smith played a charming street-wise kid moving among a wealthy elite but in the film his character
was portrayed as a psychologically-complex gay hustler. The film enjoyed moderate success but its
title idea has become a household term for the closeness of human society. Smith’s first steps into
super-stardom came with his next film Bad Boys. The high-budget cop movie saw him team up with
comic Martin Lawrence, breaking away from the black cop-white cop formula that had been so
successful for Beverly Hills Cop and the Lethal Weapon series. The two black leads proved an instant
success and Smith, playing the smooth, serious, cop to Lawrence’s clown, was established as
leading-man material.
The 1996, epic sci-fi disaster movie Independence Day was his next assignment and it confirmed him
as a major player in Hollywood and a go-to guy for the all-important summer blockbuster. Smith played
an air force pilot leading the counter-attack against the invading alien forces and his comedic talents
effortlessly transformed into the pithy one-liners that all action hero leads need to be able to drop while
dispatching their enemies. Smith fought aliens again in his next blockbuster, the 1997 sci-fi-action-

comedy Men In Black. Playing opposite Tommy Lee Jones, Smith chewed up the blue screen as the
new recruit to Jones’s old hand. Smith sang the theme song and its inclusion on his album Big Willie
Style, along with the hit song “Gettin’ Jiggy Wit It”, meant Smith had two successes on his hands at the
same time. Another Jerry Bruckheimer blockbuster followed with the slick conspiracy thriller Enemy of
the State playing opposite Gene Hackman. The string of four hits came to an end in 1999 with Wild
Wild West, a sci-fi-cowboy-comedy caper with Kevin Kline. Despite the film’s failure, the track Smith
cut for the title track was a hit on his album Willennium. The golf movie The Legend of Bagger Vance
was next with Smith playing the caddie to Matt Damon’s out-of-sorts swinger. Ali, based on boxing
legend Muhammad Ali, saw Smith return to critical acclaim. His turn as the charismatic boxing great
saw Smith put in the performance of his life, training and disciplining himself to extraordinary lengths to
do justice to the athleticism, and ego, of Ali. The film under-performed at the box-office despite a
record-breaking opening day but Smith’s performance was good enough to be nominated for a Best
Actor Oscar. A number of sequels were next with Smith reprising his roles in Men In Black and Bad
Boys. Neither were flops but they were both nowhere near as successful as their predecessors.
Staying with the sci-fi-action theme Smith moved on to I, Robot in 2004. The Isaac Asimov adaptation
saw Smith playing a cop in 2035 investigating a murder by a robot and then battling a robot
insurgency. Smith’s smooth-talking charmer persona was put to use in the 2005 romantic comedy
Hitch. Smith played a ladies’ man dating consultant who helps luckless guys with their romantic moves
but who finds his powers are ineffectual on the girl he really wants.
In 2005, the actor was recognised by the Grauman’s Chinese Theatre on Hollywood Boulevard where
he left his handprints in cement in front of lots of fans. Smith also penned the theme-song to Hitch and
included it on his album ‘Lost and Found’. Hitch was a massive success and was followed by another
critical and financial hit, the 2006 rags-to-riches tale, ‘The Pursuit of Happyness’. Starring alongside
his real-life son Jaden, Smith captivated audiences with the story of a solo father who has to build a
life from scratch. He received his second Academy Award nomination for Best Actor for his
performance. Smith has been married twice. His first marriage in 1992 lasted only three years but
produced a son, Willard Smith III, who is also known as Trey. He has been married to actress Jada
Pinkett Smith since 1997. The couple have a son, Jaden, who was born in 1998 and a daughter,
Willow, born in 2000. Like their parents, the offspring carry with them the music and acting genes and
have since made their mark on the entertainment scene, with support from their connected relations.
Smith produced his son’s hit remake of ‘The Karate Kid’, which was released in 2010, and is also
overseeing the career of daughter Willow, who is signed to Jay-Z’s record label. Like many in
Hollywood, Smith is politically liberal and made donations to the presidential campaign of President
Barack Obama. He is a fan of chess and video games and, a good son, Smith is known to take his
mother on holiday every year, usually to the Canyon Ranch spa in Tucson, Arizona. The president has
stated that Smith should play Obama in a film as he “has the ears”. The pair have discussed making a
film about the 2008 election but this will only happen when the president has finished his term, Despite
being one of Hollywood’s most bankable stars, Smith did not star in a lot of movies between 2007 and
2010, perhaps due to his concentration on his children’s work. He appeared alongside his daughter in
2007′s ‘I Am Legend’, a remake of the Charlton Heston last-man-on-earth film Omega Man, where he
battled blood-thirsty vampires and won. Next came Hancock, which earned him a nomination for the
Saturn Award for Best Actor for portraying an alcoholic anti-superhero in one of 2008′s big summer
blockbusters. The same year also saw him appear in ‘Seven Pounds’.
On 1 December 2008, he was selected as being one of America’s top ten most fascinating people of
the year in a Barbara Waters ABC Special. He has taken a break since then and will next be
appearing in ‘Men in Black III’, set for release in 2012, and’ One Thousand AE’ in 2013. On 19 August
2011, it was announced that Smith has returned to the music studio with La Mar Edwards, who has
worked with Chris Brown and The Game, to record a new album.

Do you want to hire Will Smith? Directly request a quote. In 48 hours we can send you the availability of Will Smith If you would like to book Will Smith, Entertainment Booking Agency is the right place. We will offer you the best price and contact the management or we directly contact Will Smith. For corporate appearances or speaking engagements you can contact our agents and the will help you true the process.

EBA is one of the biggest entertainment booking agencies in the World. We book hundreds of celebrities, artist, athletes and speakers in a year. Important to know is that we are not claiming to be the management of Will Smith. We are not the official agent for Will Smith. Companies from around the globe book these artists and speakers true our company be course we have one of the biggest networks and we always have direct contact with the artist or the management. We help you to find the right celebrities for your corporate of private events. Please contact one of our agents to get free advice and we will help to get the world-famous artist on your party.