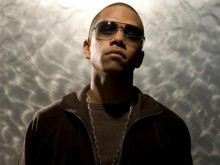 Chuckie has virtually become a phenomenon in The Netherlands. His rich musical past as DJ &
producer is what sets him apart as one of the “house” scene’s elite. Chuckie’s been frequently referred
to as the “mix-king”, primarily due to his unique ability to weave various styles and genres together
effortlessly and without compromise. These traits along with his energetic presence have lead him to
break international boundaries.
Chuckie was born in 1978 in Suriname (South America), where he developed a love for music at a
very young age. His musical taste embraced various genres which enabled him to appreciate the
range of artists he was exposed to. When Chuckie decided to expand his horizons and move to The
Netherlands, as did his knowledge and passion for music. He started Dj-ing at private parties for
friends and before he knew it, he slowly began making his mark as a prominent hip-hop DJ that
continued evolving into the electic house DJ we’ve all grown to love and appreciate. Nowadays he has
proven to feel really comfortable in the House scene. Chuckie’s drive to explore and discover new
techniques and sounds is what helps him push the envelope and challenge his colleagues and
listeners one step at a time. His accomplishments did not remain undercover for long, this young man
pulled down 4 awards (2004-’06) as well as a nomination for “Best Dance DJ” boosting his credibility
alongside heavyweights like Armin van Buuren & Tiësto. Chuckie has laced audiences with his unique
“dirty” house sound at various platforms and clubs around Europe, including major festivals as
Mysteryland, Loveland, Dance Valley and his own pride and joy – Dirty Dutch (a concept that he
designed to expoit all of his musical influences under one roof). 2008 marked the 4th year (back2back)
that Dirty Dutch sold out prior to its showdate, in addition – it also has its on stage within the
Mysteryland festival. What started out as a highly successful concept at the Heineken Music Hall (cap.
5,000), has now moved to the Amsterdam’s RAI (cap. 20,000).
The international music scene officially took notice of Chuckie when he opened ID&T’s much revered
and publicized festival – Sensation White (worlds leading Dance Event) in July 2008. David Guetta
openly expressed his affinity for Chuckie’s talent and invited him to spin at his “F*** Me, I’m Famous”
party in Ibiza’s Pacha club. In addition Guetta also added Chuckie’s “Toys Are Nuts” (a co-production
with Gregor Salto) on his highly praised sophomore compilation album distributed by the Ministry of
Sound label. Chuckie’s charisma and undeniable talent has made an impression at every international
festival and club he’s had the privilege of playing. The SOHO Rooms in Moscow is a prime example of
how he was able to take audiences to a new level of euphoria (something his peers were unable to
accomplish). Chuckie is committed to simply doing what has worked for him his entire career – “his
thing”, in other words his unique ability to mesh styles along with his passion and boldness.
Chuckie’s production skills are ones with tremendous longevity and promise. His dancefloor banger,
“Guess What” along with his recent release “Let The Bass Kick” have dominated Judge Jules’ weekly
playlist on BBC’s Radio 1 – garnishing him praise from his accomplished peers (ie Joachim Garraud,
Graham Gold, Laidback Luke en Big Al (Kiss 101 FM, UK). In addition, tracks like “Pong to This” and
“Any Noise” are due to be released and distributed through international channels.
This is a sure fire way for Chuckie to engrave himself on the international music map upon which he’s
strategically navigated himself throughout the years. His fate is in his hands and he’s just getting
started.

Do you want to hire DJ Chuckie? Directly request a quote. In 48 hours we can send you the availability of DJ Chuckie If you would like to book DJ Chuckie, Entertainment Booking Agency is the right place. We will offer you the best price and contact the management or we directly contact DJ Chuckie. For corporate appearances or speaking engagements you can contact our agents and the will help you true the process.

EBA is one of the biggest entertainment booking agencies in the World. We book hundreds of celebrities, artist, athletes and speakers in a year. Important to know is that we are not claiming to be the management of DJ Chuckie. We are not the official agent for DJ Chuckie. Companies from around the globe book these artists and speakers true our company be course we have one of the biggest networks and we always have direct contact with the artist or the management. We help you to find the right celebrities for your corporate of private events. Please contact one of our agents to get free advice and we will help to get the world-famous artist on your party.